I have been helping people for decades transform their lives through productivity.

In this relationship, I will do a personal productivity plan for you focused on some key areas of your life. We will have three initial sessions and smaller ongoing sessions for one year from purchase. Other productivity systems tell you to read a book, I will engage with you directly on developing your own plan.

You will get direct access to your me 24/7 from the time we start working together.

Thank you for being a member of the Time Leadership community. There are several benefits of membership:

$10,000.00
BOOK
My purpose in my life is to serve our community by giving my energy and focus on improving everyone’s life around me.  I do this through the talents God has given me and through the passion of execution.

Thank  you for the friends that have shared comments about Winston

I had a chance to do some incredible things in the last few months of 2019.  There were great things at the beginning of the year, but things are moving too fast!  I was awarded the team member of the month of December 2019 by Kettering Executive Network.  It is a powerful organization focused on helping executives find their next adventure and paying it forward to others.  I also spent some time with the awesome students at Kennesaw State University's EMBA program.  There were several of us on a fantastic panel helping students prepare for their MBA journey.  They dug me so much, I had a chance to go back and share my new and improved effectiveness framework. Finally back in October, I had a chance to host the first every Creativity Cocktail Live for Rising Tides Charity.  I was able to do this at the amazing Atlanta Black Theatre Festival.

I have had to pleasure to be in some amazing productions.  This was a relative short stint in my career, but I really had a blast.  I was in "Small of her back" and "The Olympic Village".  Both of these were in the black box at the Alliance Theatre.  They really informed my next love below.  To connect with me me about acting opportunities send me a message!
BOOK ME

My definitive purpose in life is writing and creating worlds.  I have written several plays and other works.  It is a powerful part of my life and as long as breath and cognitive capacity, I will be a writer.
BOOK ME
SUPER LOSER
JETS BLACKS 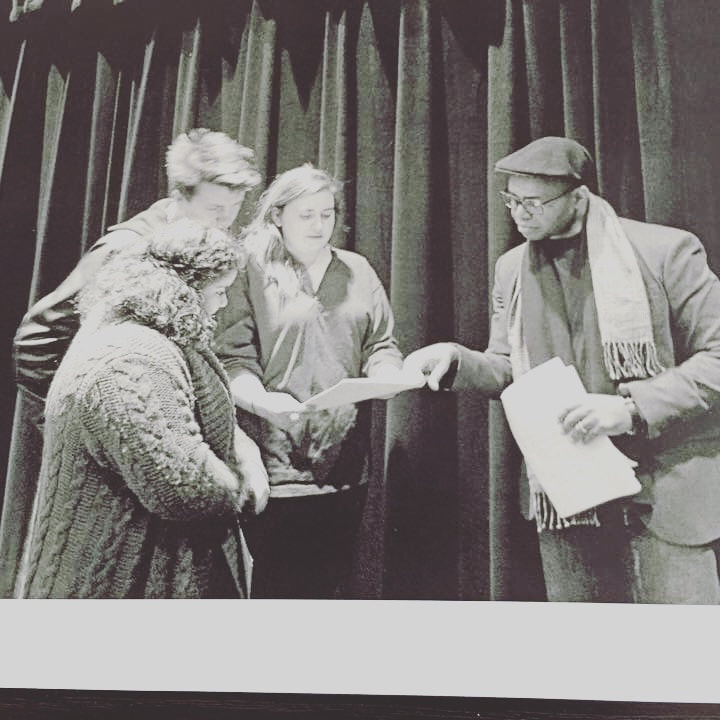 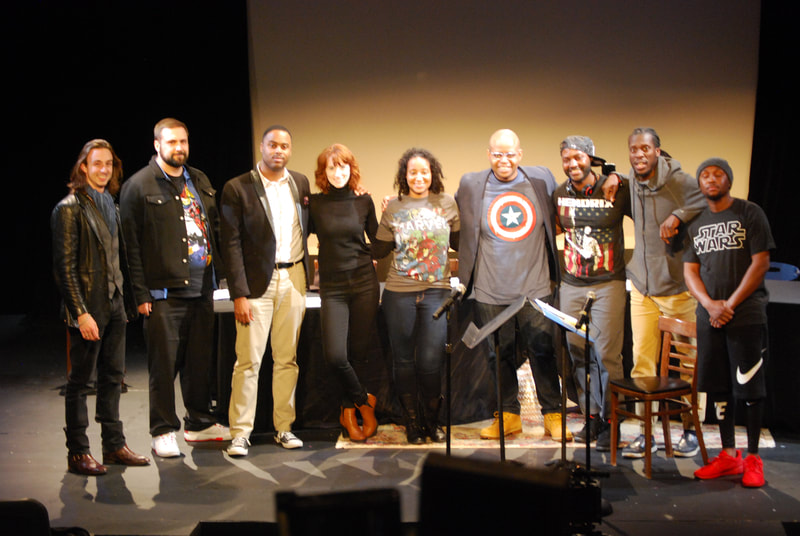 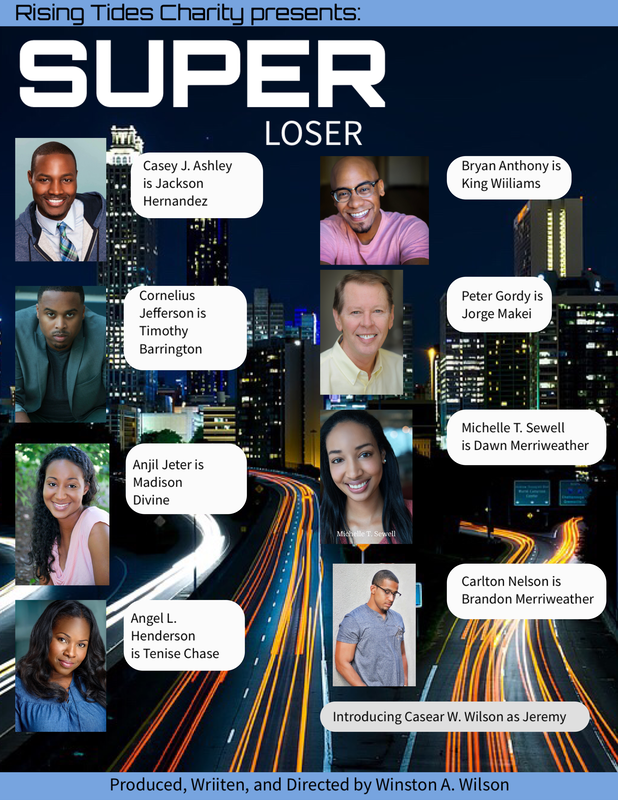 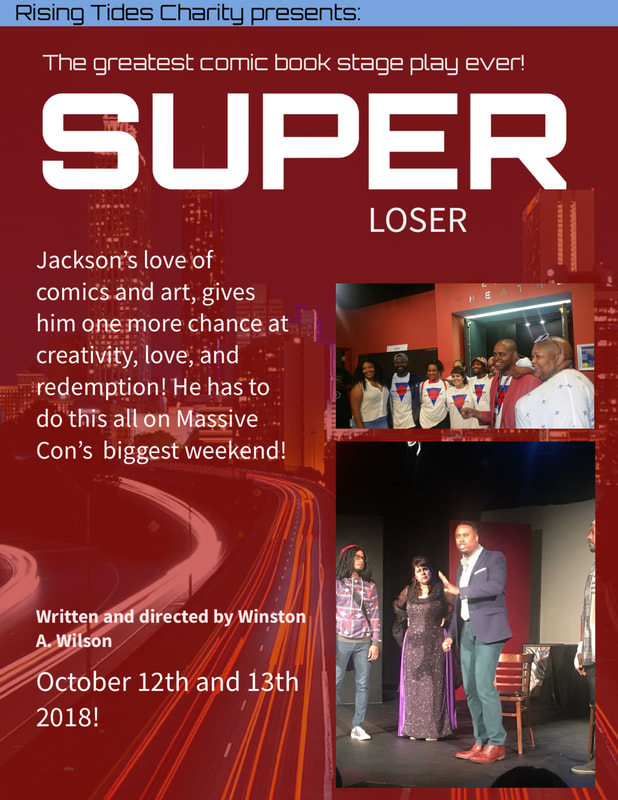 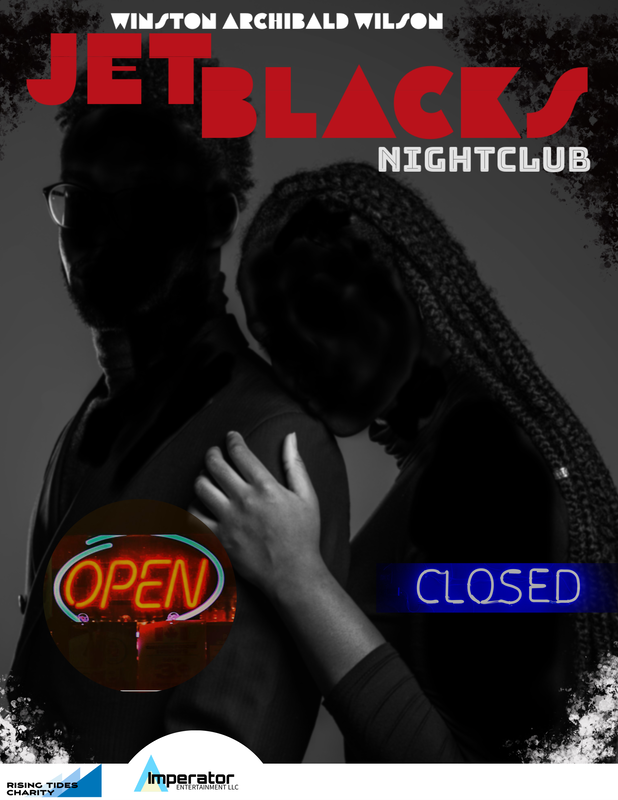 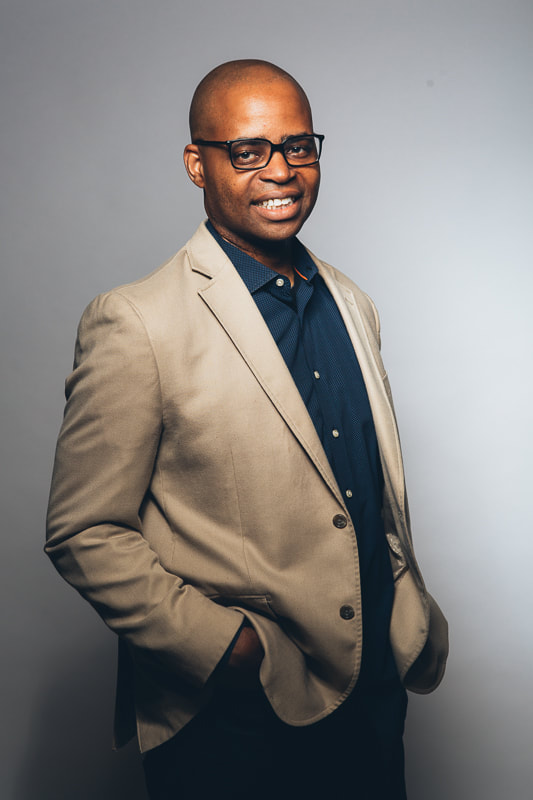 Winston A. Wilson is a writer, producer, entrepreneur, and public speaker based in Atlanta, GA. . Winston grew up in New York and is originally from Jamaica. Winston has many years of leading and growing nonprofit organizations and other large operations in different locations with a diversity of human talent. Over the last half of his life, he has shifted to his passion to creativity, capitalizing on a unique opportunity to bring proven business acumen to each project and engagement. His passion for writing became his driving force, as he delved into a decade of education, exploring the craft of playwriting with the likes of Linda Sherbert, Robert Foster and Michael Lucker, and enjoyed screenwriting classes at the Alliance Theatre. Opportunities opened for him to produce various plays at the Alliance Theatre and other venues local to Atlanta. Winston has also held readings at West Georgia College and the Alliance Theatre.
A turning point in his filmmaking journey came at the second showing of the reading of his play, SuperLoser, where over 110 people attended, and pushed the talkback session to over 2 hours. That experience opened his eyes to a life-changing realization: his purpose was to help creatives be themselves. With this revelation, Winston created the nonprofit organization, The Rising Tide Charity, which is focused on giving voice to our creativity at times of stress and distress. The pain of seeing loved ones move on with unrealized creativity is the pain and heartbreak of this organization as seen in the play SuperLoser, and is another facet of what drove its creation. This organization also features a bimonthly podcast, where Winston showcases creatives operating in their purpose.
As he realizes his own creativity, Winston continues to tell stories that focus on the plight and the question "What constitutes a family?" all within a supernatural or unique environment. His focus is on bringing people together in challenging situations, all with a mandate on forming great works. He is currently in pre-production for his play, SuperLoser, which will be shown in Marietta, Georgia, as well as abroad in Bermuda. His novel, The Family Superior, is set for release in February 2019. Ultimately, Winston plans to create an environment where filmmakers, theatre lovers, and creatives  can produce content that transform humanity into greatness through purpose and creativity.